There is an Escape room built in the Opera Theatre, where players had to run through these long corridors, visit rooms of artists, touch different theatre things. The plot was based on a performance players have seen 2–3 days before the game.

Other craze escape room idea was in hospital. Players were in it in at night surrounded with lot of fake zombies. Scary experience in dark, cold environment.

Other interesting location of escape rooms:

Escape room may be dangerous

Escape rooms as  rule are safe, and even potentially dangerous things like knives, saws or fire are most often fake, so even if you want to harm yourself or others, you can’t do this.

There was an accident with chemical reactive which caused fire in Poland, but the problem was not in escape room itself, but only in negligence of supervisors.

In escape room there is always surveillance and presence of manager staff, so even trouble occurs, you may receive help quickly.

How to create escape room

To create your own escape game, you should follow the next steps: 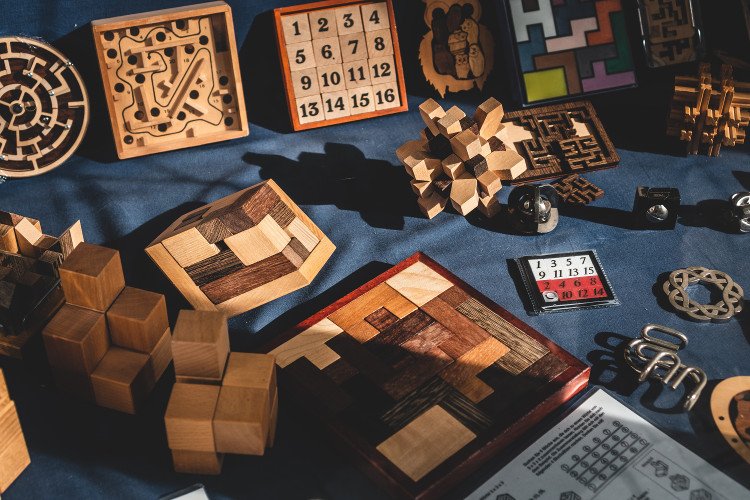 According to the scientific survey, the owners of escape rooms were asked what their inspiration was to start an escape room. About 65% of the survey respondents said that their inspiration came from playing in or learning about another escape room, especially from such famous places as SCRAP from Japan, Parapark in Budapest, Hinthunt in London and Escape the Room in NYC. Their inspiration came from a variety of sources. A few of them were inspired by adventure movies like the Indiana Jones series or horror films like Cube, Saw.More of them were inspired by prior forms of interactive media; exploring these sources paints a more robust history of the escape room phenomenon.

Horror themes are more popular in Asia, with 24% of the reported rooms having a Horror theme. The most popular theme in Europe is a specific time and place from the last century, while the rooms from Asia and the Americas are more likely to be set in the modern era. Overall

Abstract: There is no theme 10%

The most common concept was to escape a room, with 16% of the rooms having no other narrative other than “Escape the Room” and 30% of the rooms about escaping a specific place (which would bring a theme into the room). After this primary concept of “Escape something”, the concepts were widely scattered, and can be seen in the table below.

Abstract: There is no overarching narrative other than “Escape the Room” 16%

Investigate a Crime or Mystery 9%

Engage with the supernatural 8%

Carry out a Heist 4%

Help Create Something (such as a cure, a potion, etc.) 2%

Free another person or animal 2%

Oak Brook is wonderful place near western part of Chicago, in a village in DuPage County with a small portion in Cook County in Illinois.

There is famous shopping center Oakbrook Center  located near Interstate 88 and Route 83 in Oak Brook, Illinois. It was originally opened in 1962 and is the second largest shopping center in the Chicago metropolitan area.

The Oak Brook shopping center center is surrounded by gardens filled with flowers, fountains, trees and ponds, this open-air center attracts a wide customer base from the entire Chicago metropolitan area and the Midwest.

Plan a great weekend in Chicago downtown and visit escape room FocusTimeEscape in Westchester, which is located near OakBrook center!

Escape room (or Escape game, also puzzle game, adventure game, breakout room) is a modern innovative immersive attraction in the form of puzzles which should be solved in the locked room during particular time, usually 60 minutes. The goal is to find the answer to a problem or mystery and way out from the locked room.

The first this concept was proposed in 2003 in USA (Indianapolis). The room was called True Dungeon, in which there were combinations of mental and physical puzzles to accomplish a goal in a limited amount of time and game rules are based on the third edition of Dungeons & Dragons.

After that the idea spread though the world, especially in Kyoto (Japan) in 2007, in Australia and Singapore by the 2011 and other countries.

In 2012 a Swiss physics professor created a scientific escape game for his students. The game was later offered to the public under the name of Adventure Rooms and distributed as a franchise in twenty countries. The Adventure Rooms introduced scientific puzzles (e.g. hidden infrared or polarized codes).

By November 2019, there were estimated to be over 50,000 escape rooms worldwide.

Japan is one of the countries where the concept developed quickly and broadly.   The first real-life escape game was created by Takao Kato in Kyoto in 2007. Mr. Kato took inspiration from the “escape the room” video games and later his idea spread over the world including Budapest, Bern, Australia, San Francisco, Seattle, St. Louis, New York City, and Nashville with a name real escape game established by company SCRAP and it’s branches.

In Tokyo you may find escape room called InSPYre, spy-themed escape game, where you need to enter the secret base of a criminal organization called Black-Max.  There are 4 missions to solve a puzzle of enemy’s plan. Each task duration is only 10 minutes.

More Japanese like escape game is called Nazobako and located in Tokyo Asakusa. You may choose from games   “Zen”, “Samurai Espionage” and “A Winter’s Tale: The Secret Curse of Ice” and  become a real samurai in Edo period. You may even wear special costumes and take a photo as a souvenir.

In USA there are around 2,350 escape room facilities  (2019 year data). The first one was opened in the United States in San Francisco, California. Though in 2012 there were only few such facilities, the idea incredibly spread by 2015 and become a great alternative to Halloween haunted houses as escape rooms are opened  during the whole year.

There are some outstanding  ideas like escape game to retrieve a stolen piece of art (The Heist, Nashville), to finish homework in a school (Playground, Dallas), to change the course of history on  Titanic as a crew member (Titanic Escape Room, California).

The hardest escape room in the world is located in USA and is called Caretaker. Deep within the dark recesses of the forests in Oregon lies an evil like no other. A disbarred geneticist has unleashed giant wolf-like creates onto the town of Fair Oaks. Deep within these same woods lives a hermit the locals have come to know as The Caretaker and you need to help him to find a solution.

The scariest room in the world is The Basement located in California, USA. Ranked as a top of horror escape room where you need to escape a cannibalistic murderer played by a live actor.

And we propose you interesting escape room called FocusTimeEscape, located in Westchester, Chicago, IL. with original and impressive Area 51, a government laboratory. It is widely believed that certain experimentation has been taking place within area 51, specifically the attempt to exchange human blood with undocumented fluids for some bizarre medical research. These alleged experimentation may be nothing more than media hype, however some say there is more going on. You must make a certain discovery and find out the truth behind Area 51.

SHERLOCKED in Amsterdam, Netherlands – escape room is inside an actual bank vault, you have 90 minutes to steal a mysterious item from inside it.

ESCHATOLOGY – the world’s fastest growing escape-the-room franchise, located in  Florida, Texas and Chile. It is a high adrenaline escape game where players are locked inside a themed room and must complete their mission before time runs out.